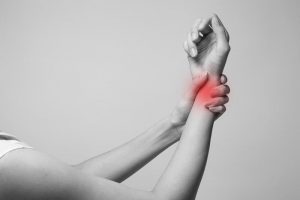 A Parkinson’s disease diagnosis, whether it’s yours or a loved one’s, is typically overwhelming — there’s just so much to learn and process. Orthopedic surgeon Dr. Henry Small, at his Henry Small, MD, practice in Houston, is here to help guide you through the maze of information and questions you have. The more you learn, the better you’ll be able to control your life.

What is Parkinson’s disease?

Parkinson’s disease is a disorder that affects your movement. It’s chronic and progressive, which means symptoms get worse over time, and your ability to perform even common movements slowly decreases. The most obvious symptoms include tremors, muscle stiffness, and slow movements (bradykinesia), but it also includes non-movement symptoms such as constipation, anxiety, and fatigue.

While Parkinson’s worsens over time, it’s not a fatal disease. It is caused by a depletion of dopamine-producing cells in your brain. The motor neurons that control your body’s movement rely on dopamine to function properly; when they don’t get enough dopamine, they can’t control your muscles as well.

Here are a few tips on how to live with Parkinson’s disease as you get older.

How to manage Parkinson’s symptoms

One of the best ways to manage Parkinson’s is with a regular exercise routine. This can keep your mobility at a higher level in both the short and long term. Exercise such as swimming, biking, and dancing can also help you clear your head mentally and keep you in good spirits.

Diet is important as well. Eating healthy foods can help ward off constipation so you stay regular, and drinking lots of water keeps you hydrated and fights muscle cramping.

Several different kinds of medications can also help with Parkinson’s symptoms. The medicines that are right for you depend on your symptoms and your goals for treatment, but there are options you can discuss with Dr. Small.

One of Dr. Small’s suggestions to slow down Parkinson’s is regenerative cellular therapy. This therapy taps your body’s own healing power by using your own healthy stem cells to replace dead cells at an injured place in the body.

Stem cells are unique because of their ability to multiply and regenerate themselves. These strong new cells can give your body the extra ability it needs in the fight against Parkinson’s.

If you would like to consult Dr. Small about guiding you through your battle with Parkinson’s, get in touch today by calling or requesting an appointment on our website.

Font Resize
Contrast
Accessibility by WAH
Call Us Text Us